Inventor of Flores Yo-Yo: A Philippine Immigrant defying odds in the Great Depression

Though it was a popular toy, dating back from ancient histories in China and Greece, the actual yo-yo, as we know it today, did not actually revolutionize and gain popularity in the United States til the 1920s-1930s. The inventor of the "sleeping" yo-yo was Pedro Flores, a Philippine immigrant from Vintarilocos Norte. After reading an article about a man who sold a ball attached to a rubber band for a million dollars, Flores was reminded of the Philippine game, yo-yo, he used to play as a kid and started his own business. 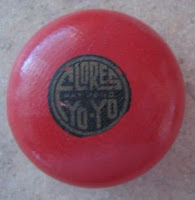 Flores established his Yo-Yo Manufacturing company in Santa Barbara in 1928. He hosted yo-yo competitions across the nation and fueled the yo-yo craze in the U.S. with the distribution of the "Wonder Toy," the Flores Yo-Yo. In spite of the economic turmoil brought by the Great Depression, the Flores Yo-Yo possessed a strong appeal amongst children as prices ranged from 15 cents to a 1.50 each. The vast popularity of the yo-yo caught the attention of wealthy businessman, Donald F. Duncan.

In 1930, Duncan's company bought out Pedro Flores' yo-yo for a quarter of a million dollars. While Flores practically reached the success of that story of the millionaire who sold a ball attached to a rubber band, Flores, a former bellboy at a hotel in Santa Barbara, never expected to make a fortune from his invention. He was quoted saying, "I just want to be working for myself. I have been working for other people for practically all my life and I don't like it." 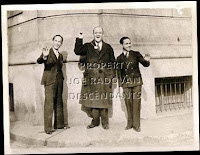 At a time when Filipino immigrants were usually migrant laborers or domestic workers who were racially discriminated against, as villainous creatures that took white people's jobs and women, the story of Pedro Flores defies the normative practices of Filipino immigrants in the early 1930s. Flores did not only receive $250, 000 from Duncan for his trademark yo-yo, but he also continued to work with Duncan as a key promoter for yo-yo contests and campaigns. Lucky Meisenheimer, MD, notes that, "Especially during 1931-32, Mr. Flores was instrumental in setting up many of the promotions in the cities where the early Duncan contests were being held." As a Filipino immigrant who was living in a racially segregated America in 1930s, where urban areas in California posted signs like "Absolutely No Filipinos Allowed," Flores had social mobility even within cities. Despite racial prejudices against Filipinos, Duncan saw Flores as an "instrumental" part of the growth of the Duncan Yo-Yo company.

It seems as if the intrinsic appeal of the yo-yo, absolved Flores of racial issues. Yet, there is also the possibility that the histories illustrated at national yo-yo museums and American books have hidden the truth of Flores' struggles in the industry. Though there is a lack of scholarly/literary work on how Flores defied the constraints of racial discrimination, academic scholars like Cynthia Liu have made efforts to excavate this forgotten moment in history. In her documentary, World On A String, set for release in 2009, Liu revisits the life of Pedro Flores and his business partner, Joe Rodavan and retells authentic accounts of their life stories from the standpoints of Flores' friends and families in the Philippines.

World On A String
http://worldonastringyoyo.com/index.php
Posted by Filipino-Americans at 5:00 PM